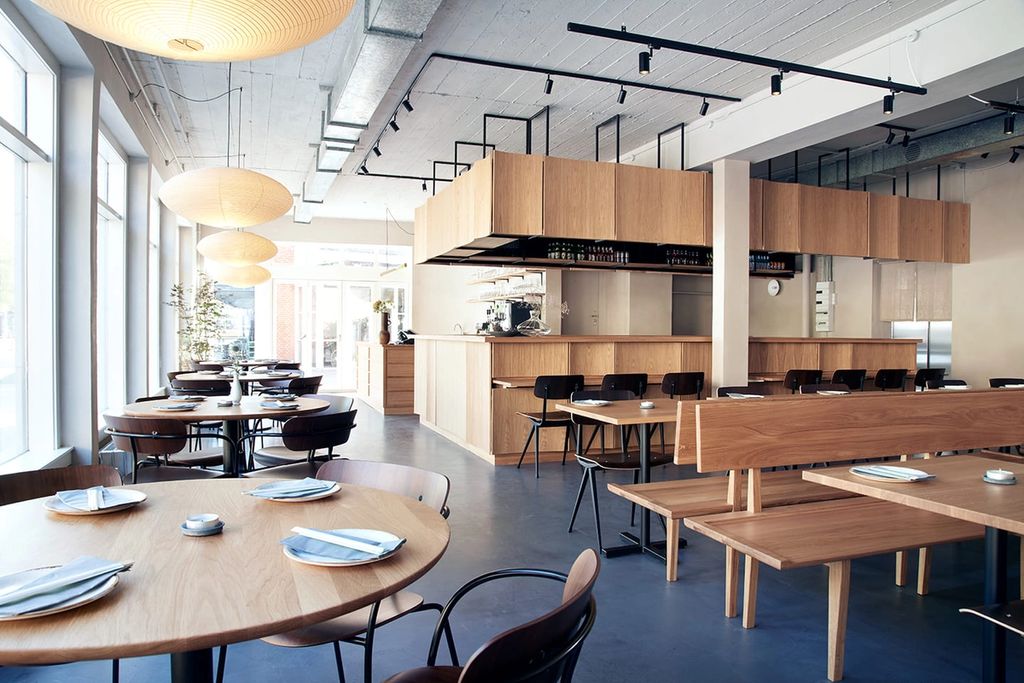 IZUMI Allerød is an interior renovation project for a restaurant locates suburb of Copenhagen. IZUMI is a chain restaurant serves “Nordic twisted” Japanese cuisines that holds several restaurants around greater Copenhagen. Due to the need of rebranding, we were assigned to design a spatial identity which interior expresses the concept of the restaurant. As a response, the studio translated IZUMI’s manifesto into a spatial experience which is a “Nordic twisted” Japanese culture. 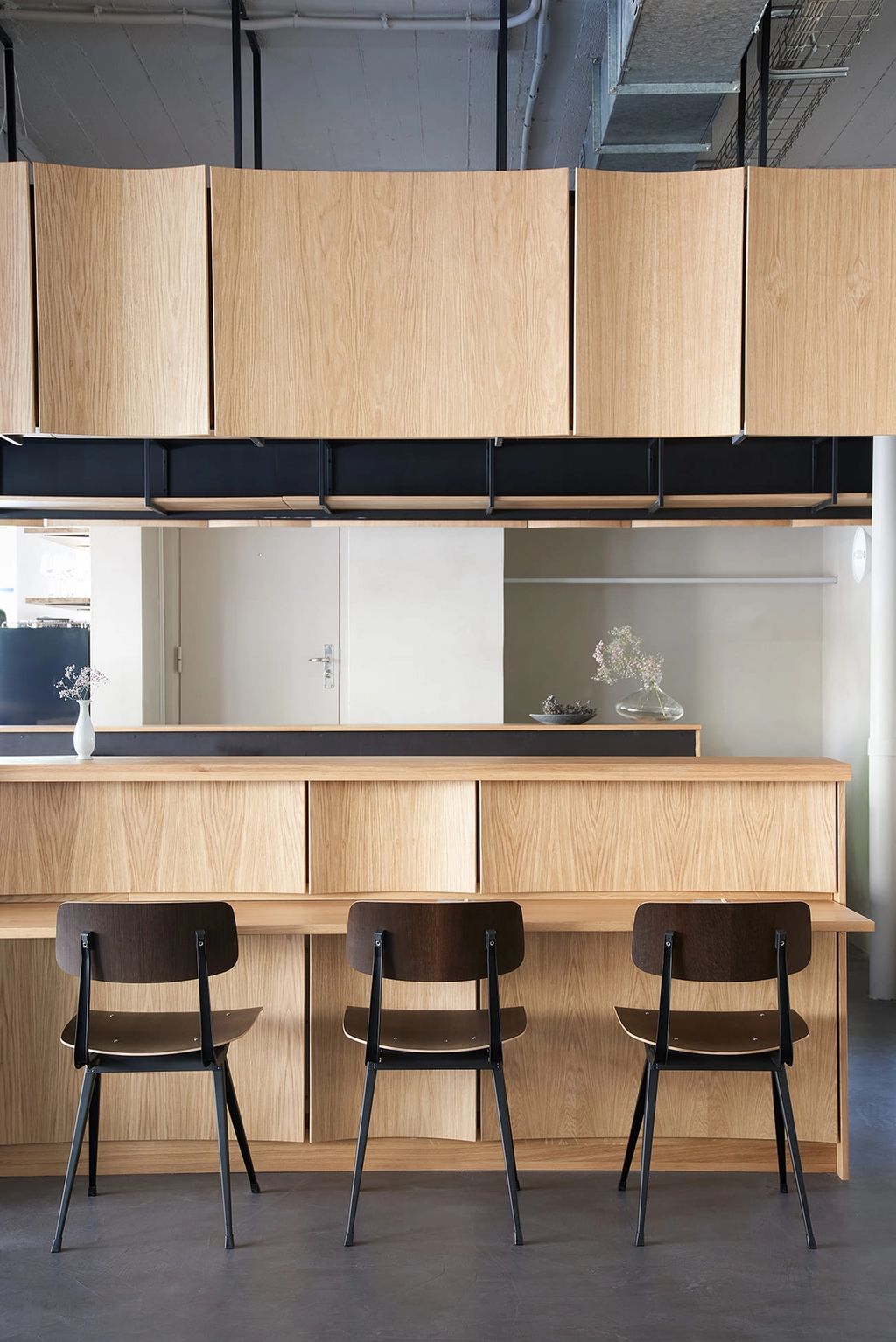 Japan and Nordic have a rich history of cultural interactions. Especially in a field of design, there are many examples that are rooted originally in Japanese culture yet developed uniquely in the land of the Nordic region. We designed with the inspiration of its characteristic trend of Scandinavia and Japan in which we saw a great potential to represent IZUMI’s concept. This design concept is also responding to our studio which is led by Japanese architects based in Scandinavia. As a design strategy, we adopted Japanese spatial characters to the Scandinavian context while manipulating vari-ous Japanese-influenced Nordic elements: aiming to fabricate a new standard of Japan-Scandinavian design interactions. The curved wood panels covering an iconic show kitchen is developed based on the concept to represent an interior identity of IZUMI. The panels’ module system is derived from a Japanese traditional wood dimension system which reflects the spatial module units rooted in Japanese tatami format. On the other hand, the panels are made of Scandinavian oak which is a common material for Nordic wood crafts. On top of that, the panels draw slight curves with inspiration from steam-bent Scandinavian furniture. As a result of those manipulations, the spatial experience achieved a unique mixture of Nordic and Japanese, telling a story of IZUMI through its space. We aimed to create a new way of design interactions between Scandinavia and Japan by exploring both cultures deeply and expressed it with a modest touch. 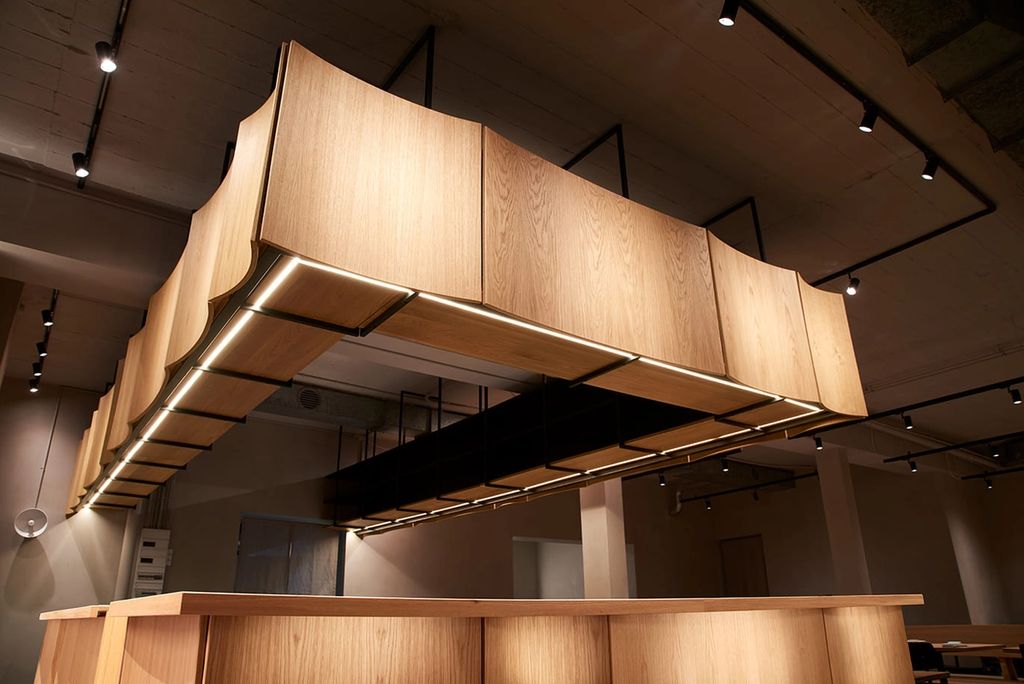 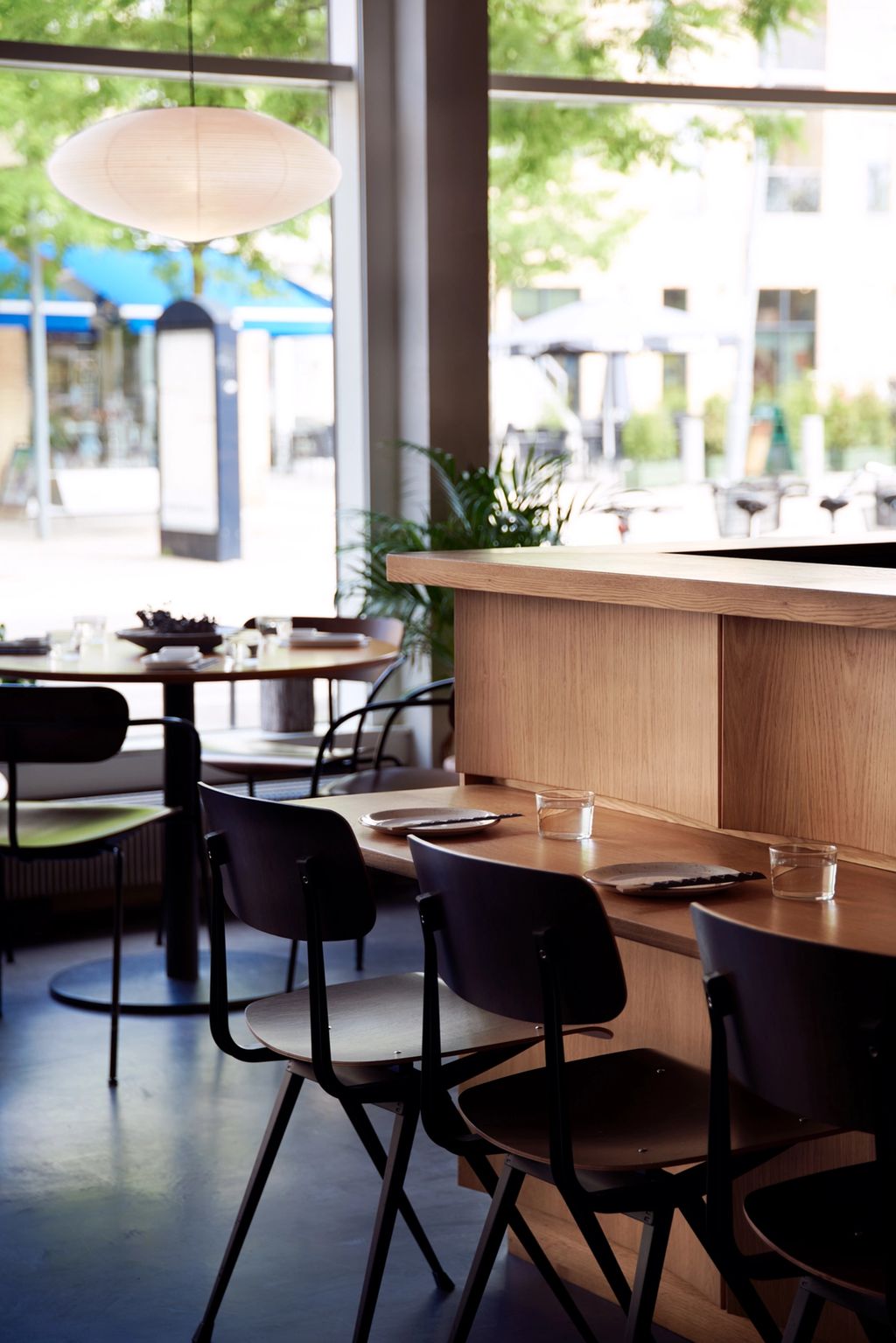 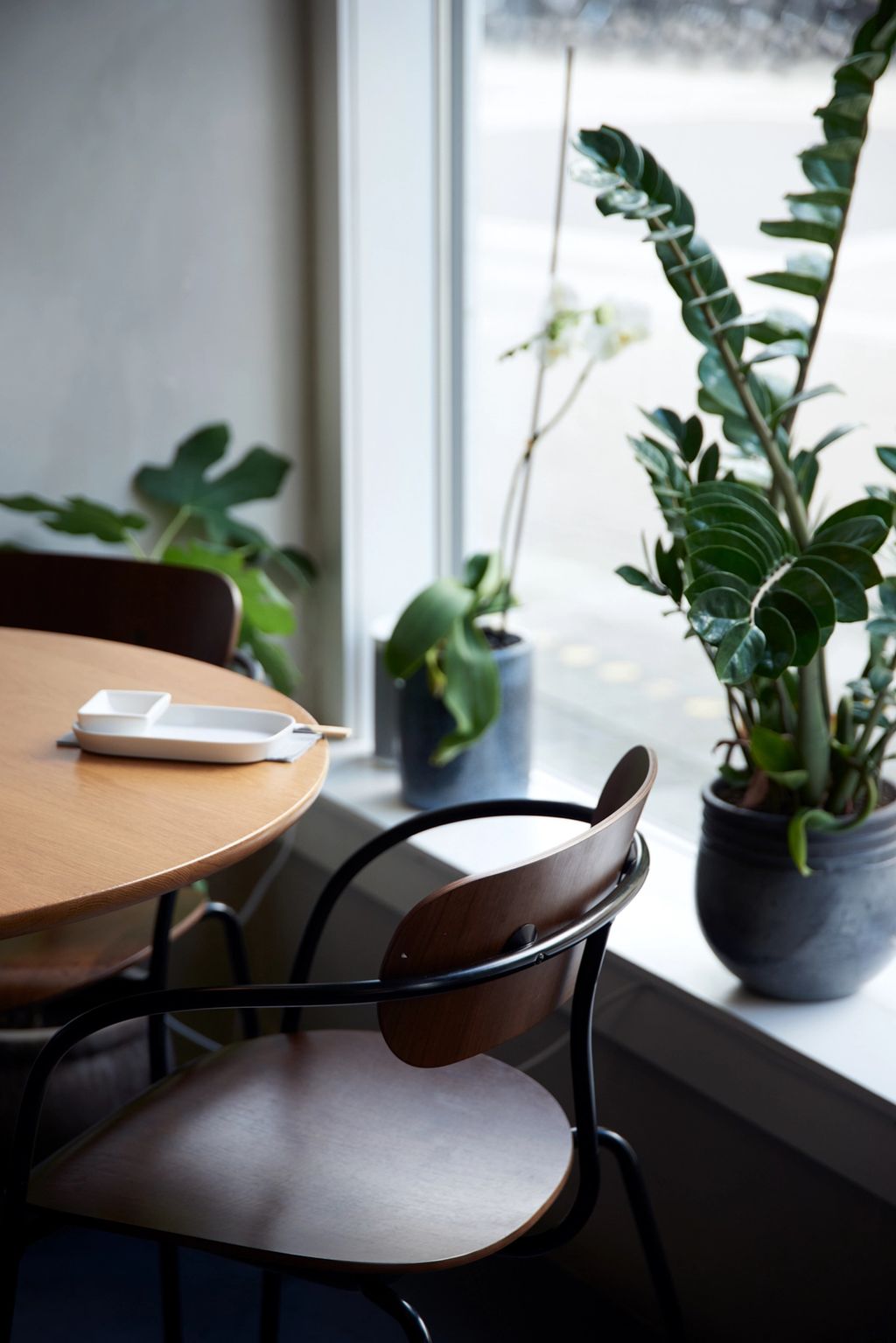 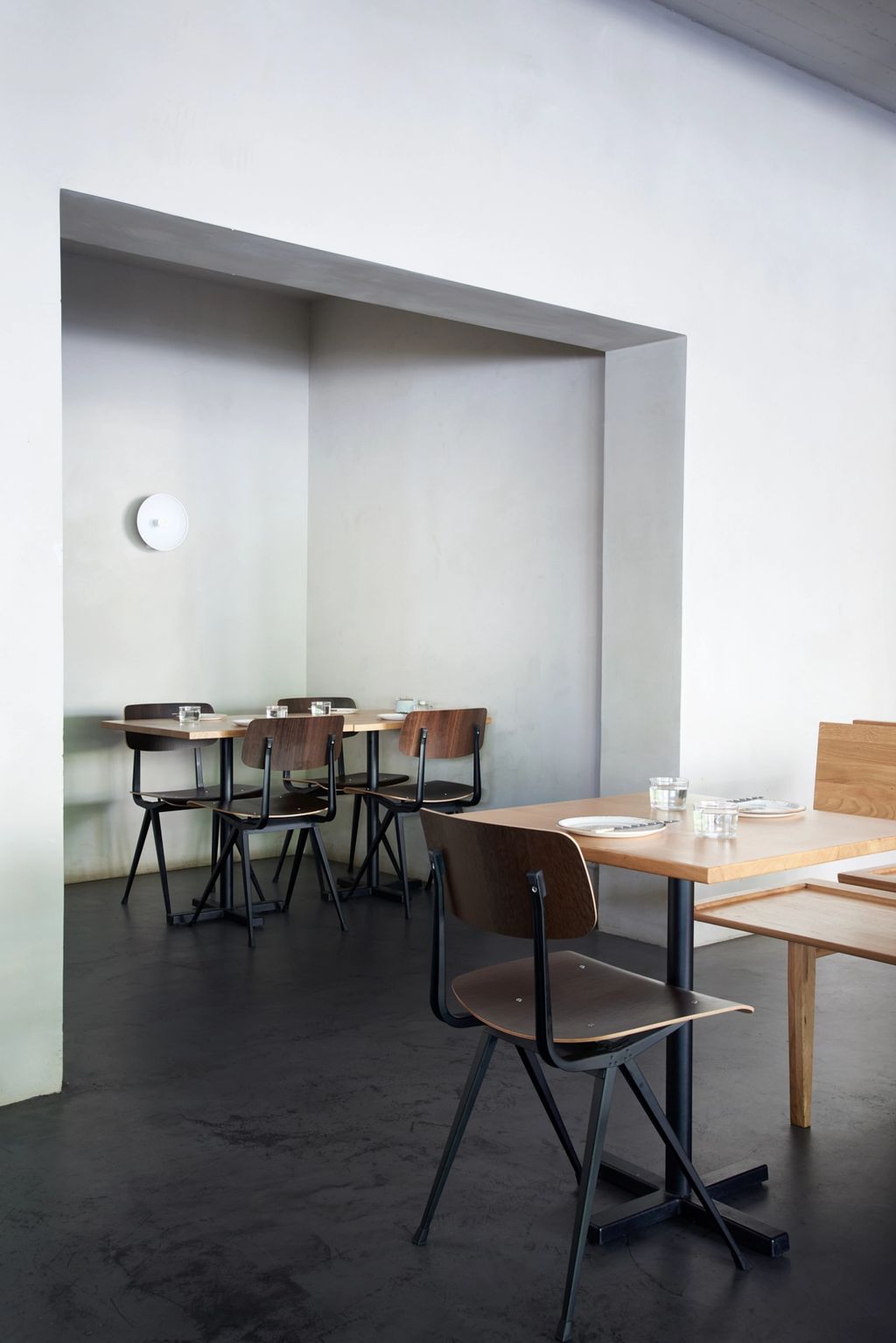